The handsomest Strontium Dog ever!

Another fun filled session we will be playing at BOYL this year will be a Strontium Dog themed game. We had to create a single character to bring along to do battle with Hitler....coz that's what you do. Now I must admit that I had never read any SD before and when I informed our GM he very kindly sent me a bunch of them to read. When I had gotten through them all (what a great series!) I decided that I would like to find the ugliest mini I could and convert him up.......because that's how I roll.

So, not long after typing "the ugliest mini" into Google I struck upon this chap pictured below. I then posted on FB that I was after him and after copping much flak (fair enough in this case) I managed to procure him in all his ugliness, thanks Eddy. He's an Asgard FM41 Mountain Troll for those of you who want to get one. Why? I don't know, but each to their own I guess.....weirdo!


Once I got hold of him there was only one merciful thing for me to do:


So after he had been drowned and stripped of his paint I set to work. I cut off his base, hands and fur skirt (Is that what you call them? I have no idea). This guy went through a few iterations before I was finally happy with the results. The first is pictured below: 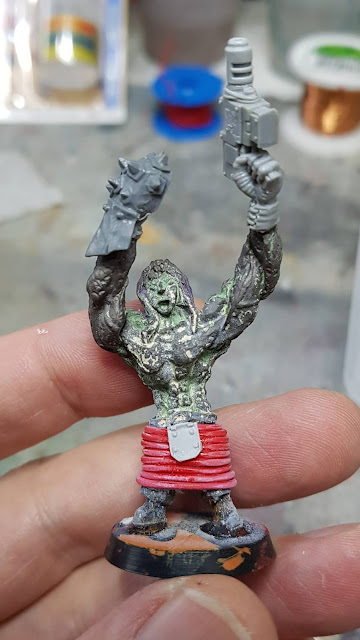 I built him a new, futuristic skirt out of wire and putty and gave him a lasgun (modded from an Ork Shoota with a barrel swap and a resistor stuck to the side) and an Ogre gauntlet. I wasn't sold on the skirt or the gauntlet so I cut them off and tried again: 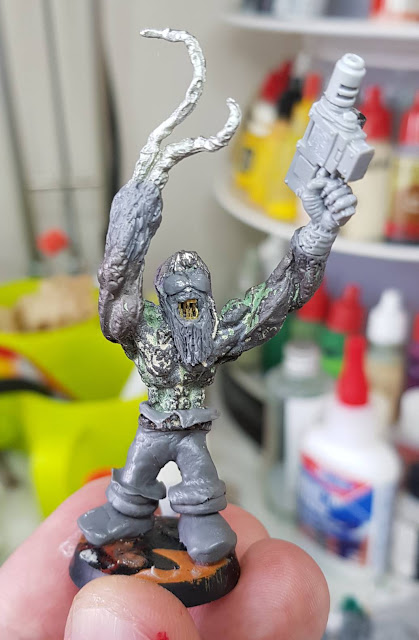 I decided to change his gauntlet out for a couple of tentacles and to give him some pants instead. I also made some fangs for him out of an old IDE cable connector and sculpted the rest of his features out of Procreate. I was fairly pleased with the sculpting I'd done for the most part, except for his boots, which ended up looking more like mocassins :( 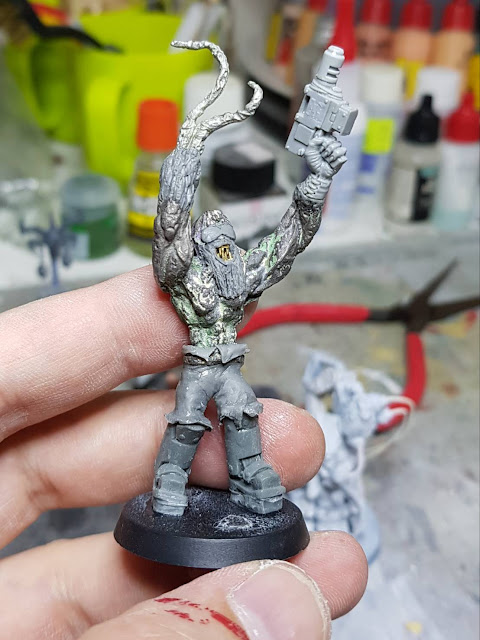 I tried to re-sculpt them, but my skills were found wanting. So I amputated his legs just below the knee and gave him some cut down robot legs from Ramshackle Games instead. I think the change improved the proportions and overall look quite a lot. So this is the look that I ended up settling on before paint. 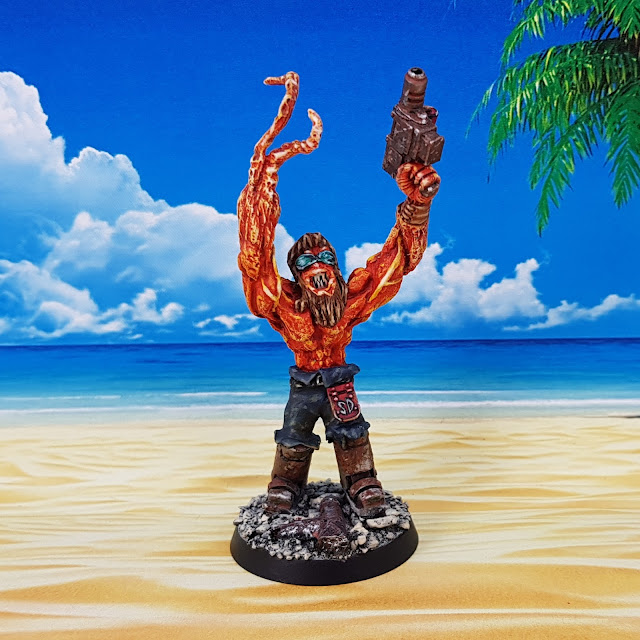 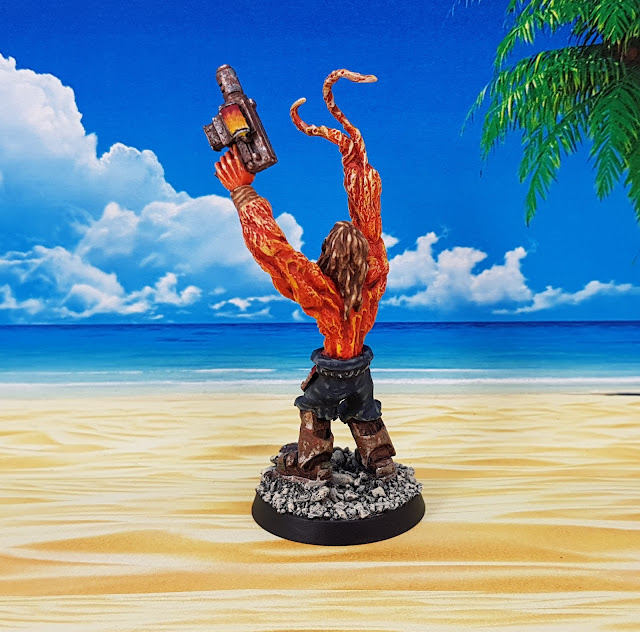 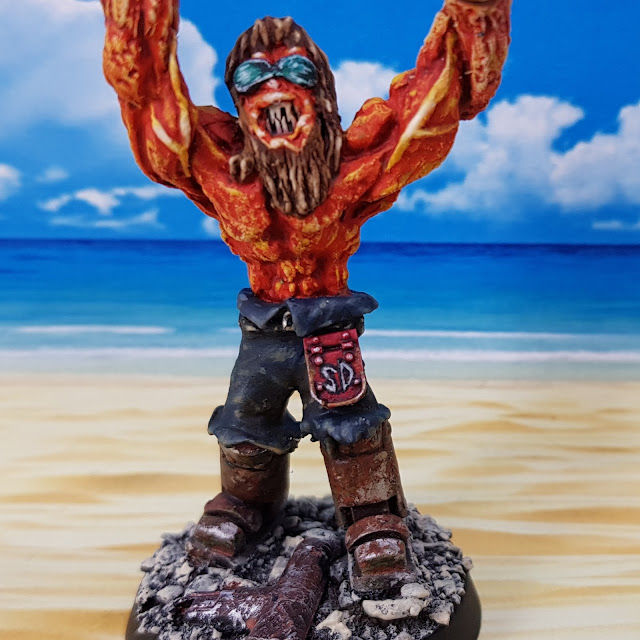 I'm not sure why I went with the orange colour scheme, but it just felt right. Might have something to do with my childhood too? There was a show I used to watch when I was a kid called The Early Bird Show. There was a guy in a monster suit, called Marty the Monster, that was there for comic relief. Here's a pic of him:

Anyway, he's done now, ready to dish out some justice to some Nazi scum. All the while being treated like poo by the rest of humanity.

So that's it. Next up will be more of my chaos warband.