Another game at BOYL that I will be participating in this year is "The Great Wastes Race". To participate, each player had to create a racing beast & rider......the weirder the better.

I decided to use an old Reaper Miniatures beetle that I had had laying around for many years as the basis for the riding beast. The mini I chose to ride the thing was an RT pilot from the Landspeeder.


I was pretty happy with how he looked, so I set to work converting him up. I covered up the legs of the goblin, which were part of the beetle, with a tyre. This, together a tank hatch from Ramshackle Games, formed the riders makeshift seat. The padding for the backrest was made by folding some insulted cable over on itself and gluing it together. The rest of the bits and bobs were made from wire and a jerrycan from Curtis.

Once the build was done it was onto paint: 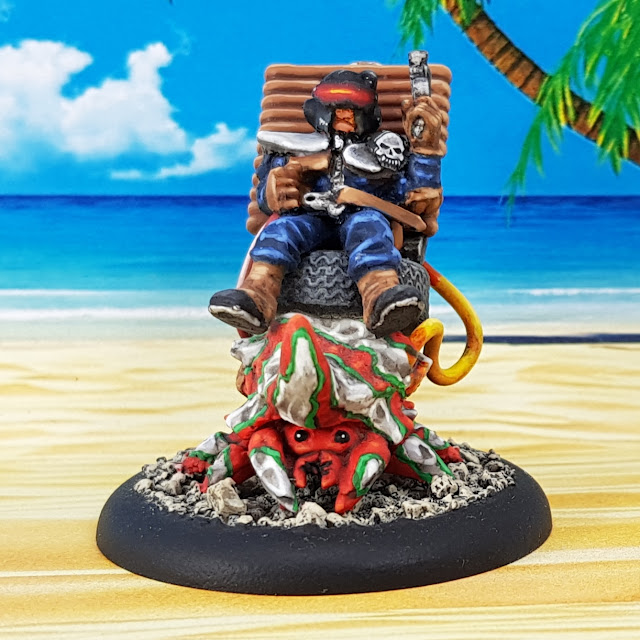 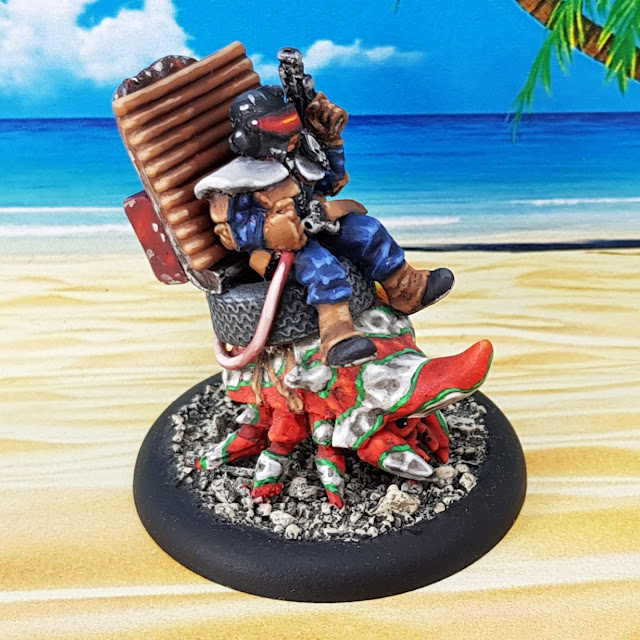 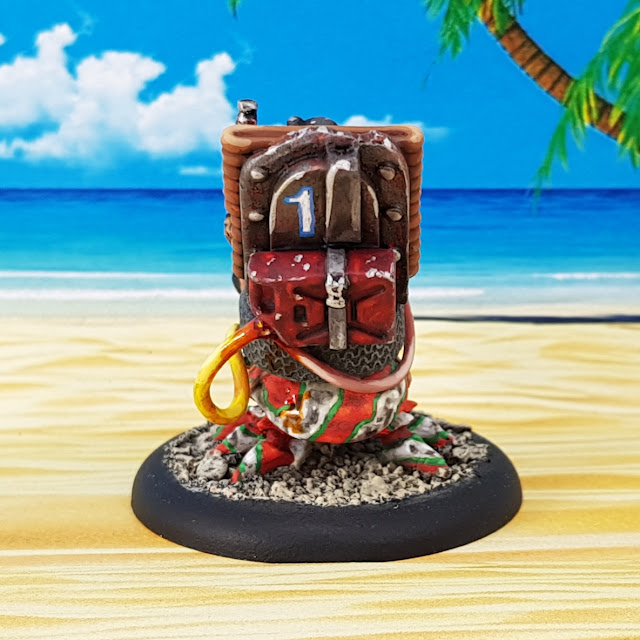 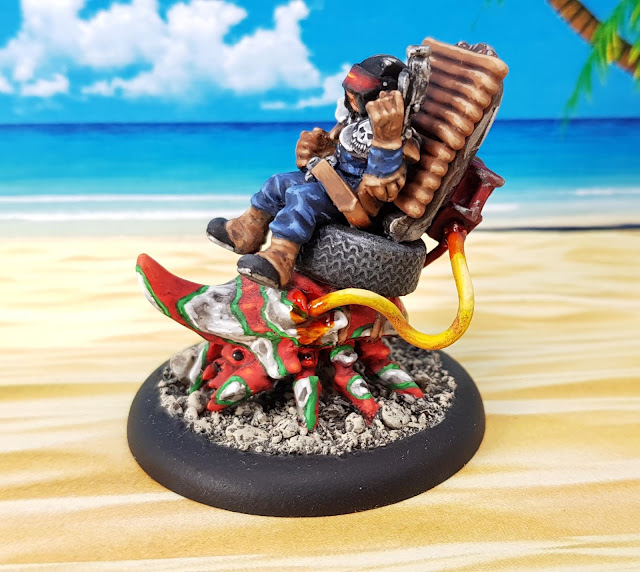 The concept for the colour scheme is something that I'd been toying with for quite a while. I'd always wanted to try my hand at a poison dart frog pattern, this was the perfect opportunity. I just made sure that the pattern I painted was more exaggerated than in real life, otherwise the beetles form would become one. I think it worked out ok.

You might be wondering about the the plumbing. There is a wire going from the riders hand to the jerrycan, then a pipe from there into the beetles cranium. My theory behind the plumbing is that the pilot controls the beetle by some sort of brain stimulant. When he presses the button it releases this substance into the poor creatures skull, causing it to run for it's life. Who knows, maybe it gives the thing waking nightmares.....like it's being chased by a massive can of fly spray? Either way, it motivates the hell out of it.

Now, what did I decide for the creatures name? The Garthim Gasser. I'm too lazy to explain how I came up with it so please refer to here and here. Hopefully it makes sense.

Ok, that's it or now. One more mini to go and then all my BOYL prep is done.

See ya in the soup fellas :)

In game I have no idea how it will perform, but it'll be fun to play nonetheless :)
Posted by Mr Papafakis at 08:08