On my two previous posts I covered the conversions of my champion and traitor squad. Next up on the RoC warband build is my Psyker. I rolled him up as being level 1, which sounds ok, but because he's a worshiper of Khorne he immediately loses his max level. Consequently, he's now probably only good at card tricks.

Picking the mini to use as the basis for this conversion was a little tricky. I wanted him to look like a has-been, sort of a washed out professional, but not completely useless....still able to convince passers by that he had magic at his finger tips. Sounds pretty vague I know, but it made sense in my head.

I had a look through my mini cabinet and found a poorly painted old Blacksmith. He looked the part, big apron (could pass for mesh armour), old man who's been around (was a psyker along time ago) and strong (regeneration)....win!

The name? Well, being an Australian, the choice was a fairly obvious one really. 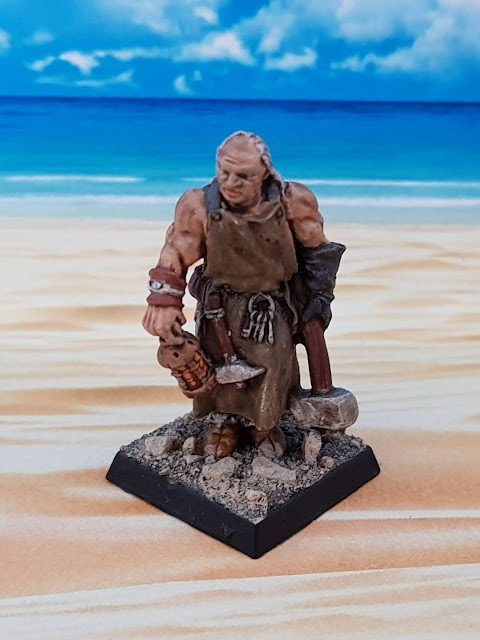 After I stripped him I cut the lantern & hammer from his hands and carved his period trapping away. Then it was just a simple case of adding his new equipment and puttying him up a bit to finish him off. A fairly straight forward conversion and I'm pretty happy with how he turned out. 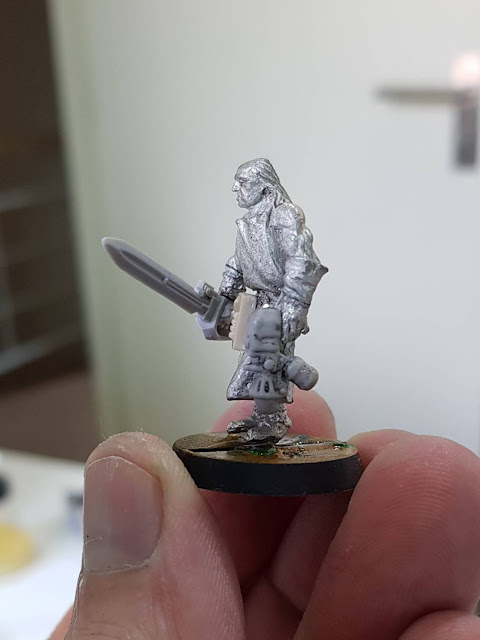 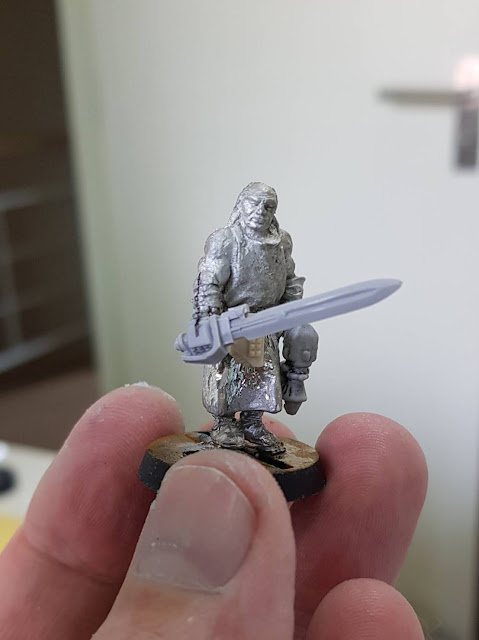 So all that was left to do was slap some paint on him. 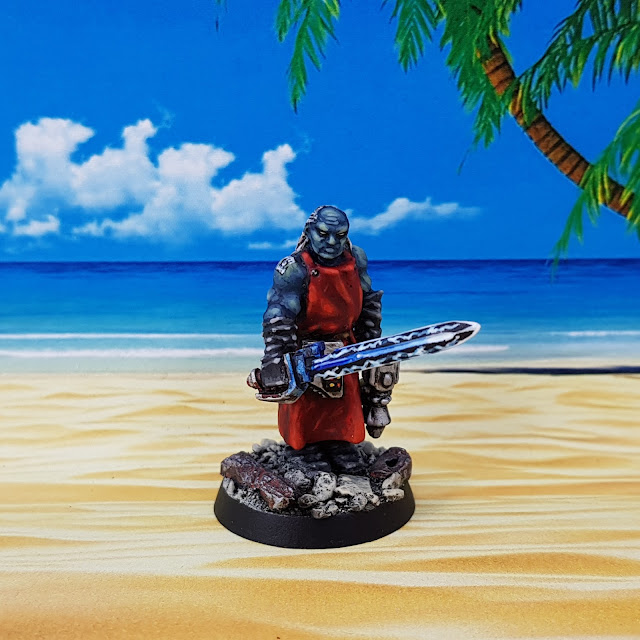 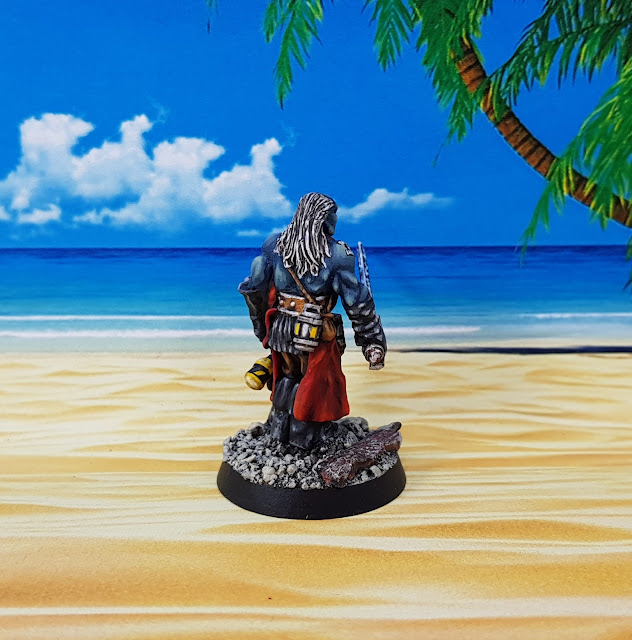 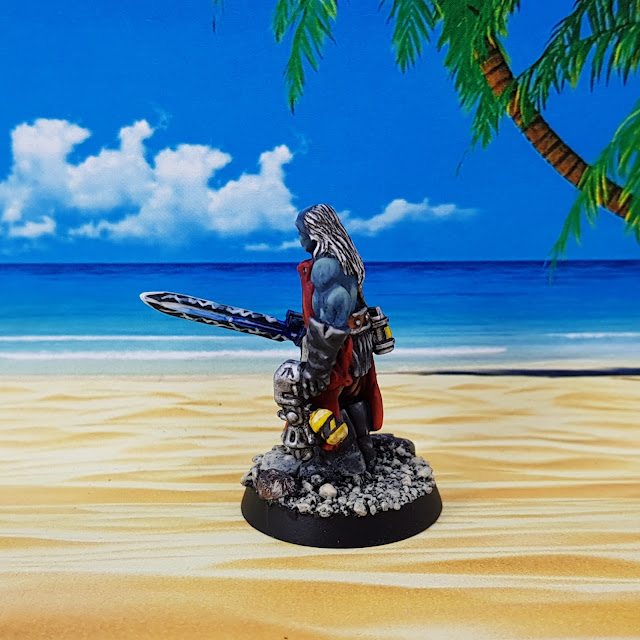 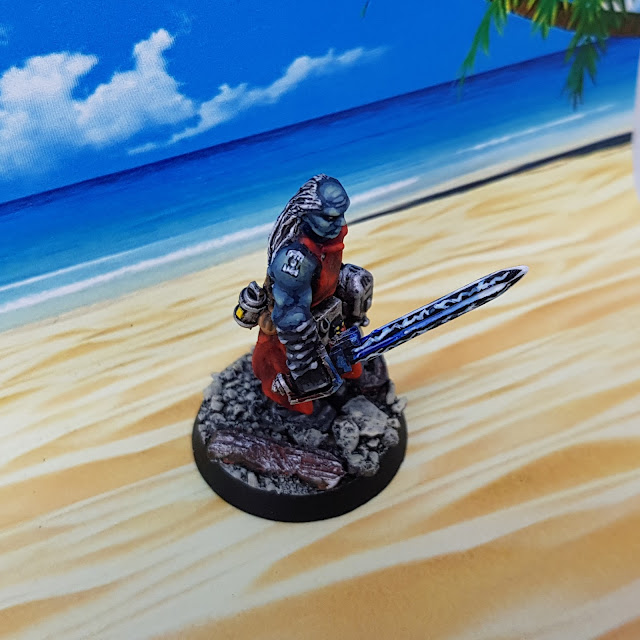 So for this guy I decided to give him some gnarly skin. I like how it turned out. I also gave him a World Eaters tattoo on his shoulder, which was a little tricky to do. The lightning sword was another story all together. I tried about four or five different ways, looked at a few tutorials, but in the end it end up looking a bit meh. I've scratched it up as a learning experience that I'll hopefully get better at in the future.

Overall I'm really happy with this guy. The conversions and the skin colour turned this languishing mini into something I'm happy to put on the table.

Next up will be the chaos squat contingent.