For the Sundays game at BOYL we're going to be playing a T2 style survival game. To that end we we're tasked with bringing along a "survivor" type mini each. After having a look around through my unpainted shit I found this guy: 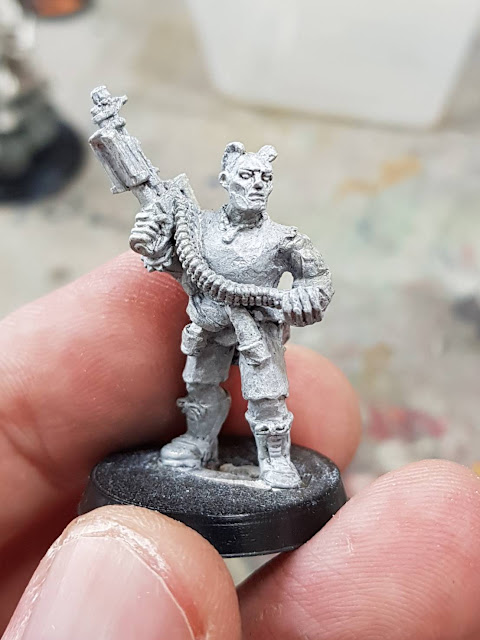 No idea where he's from, I knew a couple of years back, but beer and age have erased that information. I thought he'd fit the bill anyway......a desperate street punk packing a bit of army surplus. Must be how he had managed to survive for so long when the shit went down...right?

Anyway, he's pretty cool and now I have a good excuse to paint him up. 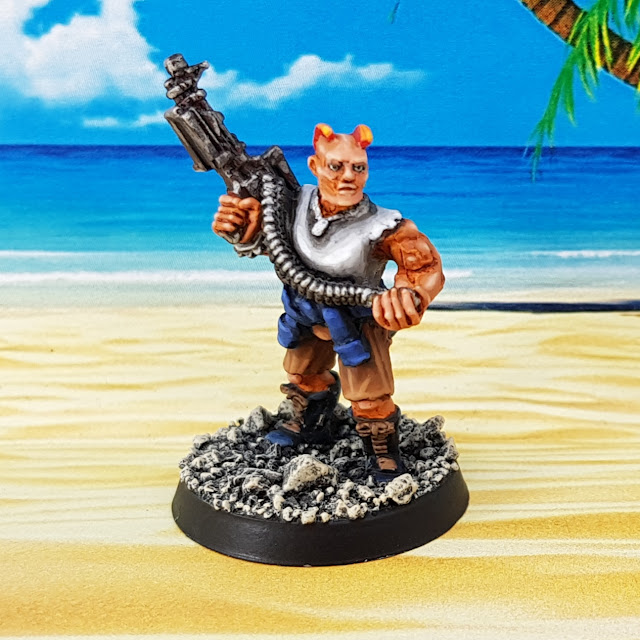 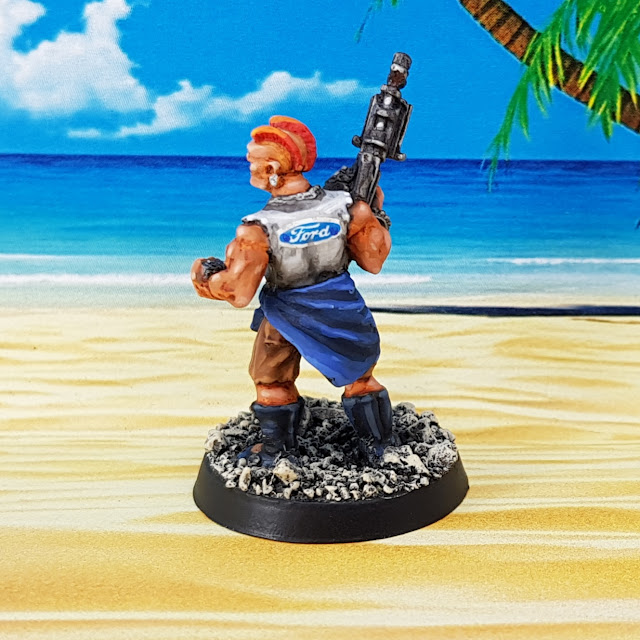 I didn't go too nuts with the paint job to be honest. I was a little burned out bu this stage. He turned out alright, just not one of my best. I added a Ford transfer to the back of his t-shirt, hopefully helping to denote his heritage somewhat.


My son was lucky enough to be offered a place at the table as well (Thanks for additional invite Paul), so I told him that he could chose a mini to convert out of my lead pile. In preparation for the game I had introduced all of the Terminator movies to him a few weeks before....he was now in the Terminator zone.

This is the mini that he subsequently chose. His reasoning was that it reminded him of some of the garb that the scavengers were wearing in the later movies. Looked like a scavenger alright, just needed a weapon swap and he'd be good to go, which I gave him a hand with. Not long after the conversion process he came up with a name for him; Ratnik * 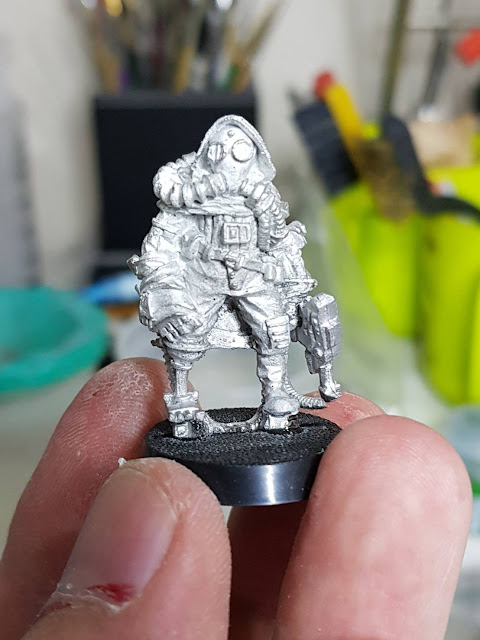 I let him paint this guy up all by himself. I sat with him and gave him guidance through-out, but it's essentially all his work. I helped him with dotting the eye on the lens, but that was pretty much all the brush that I contributed. He's pretty happy with how it turned out, just not with the effort required :D 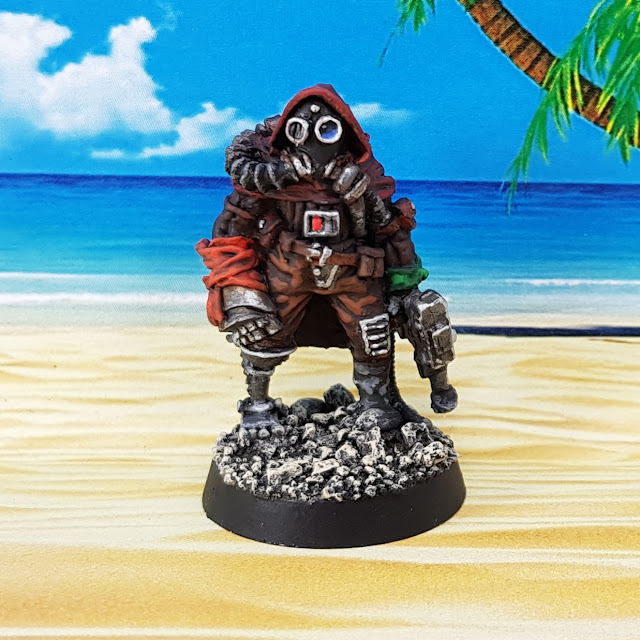 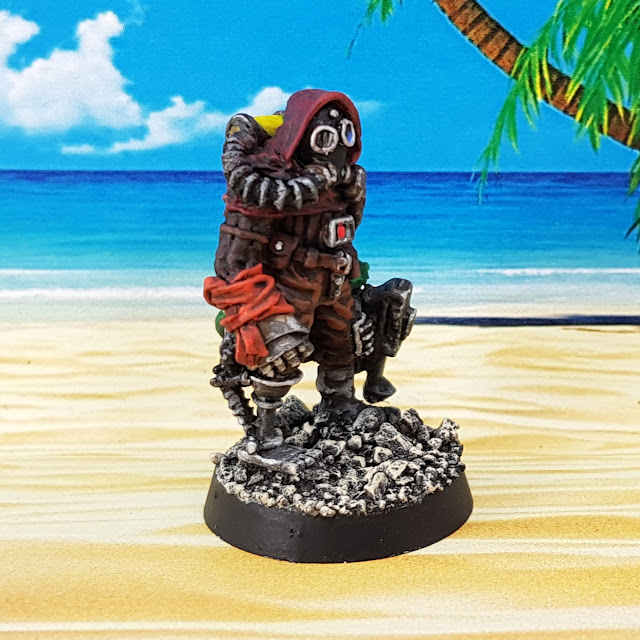 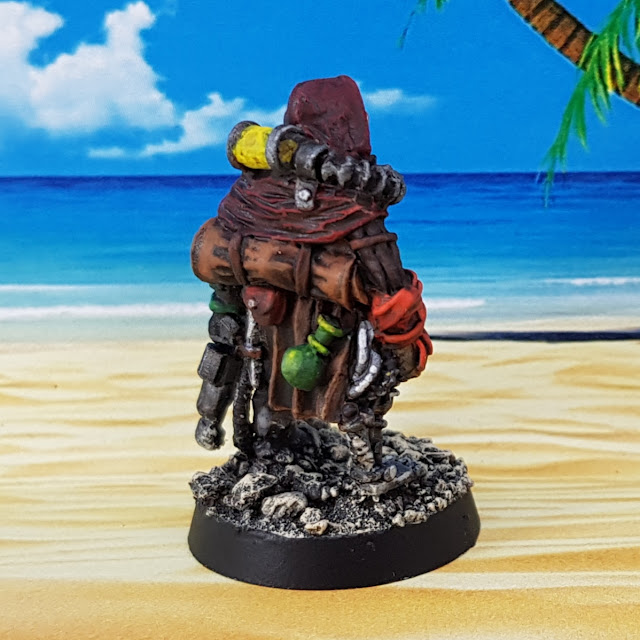 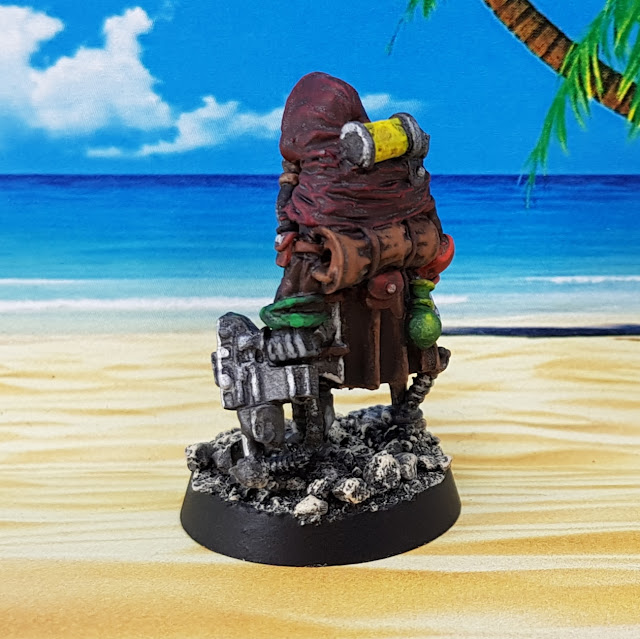 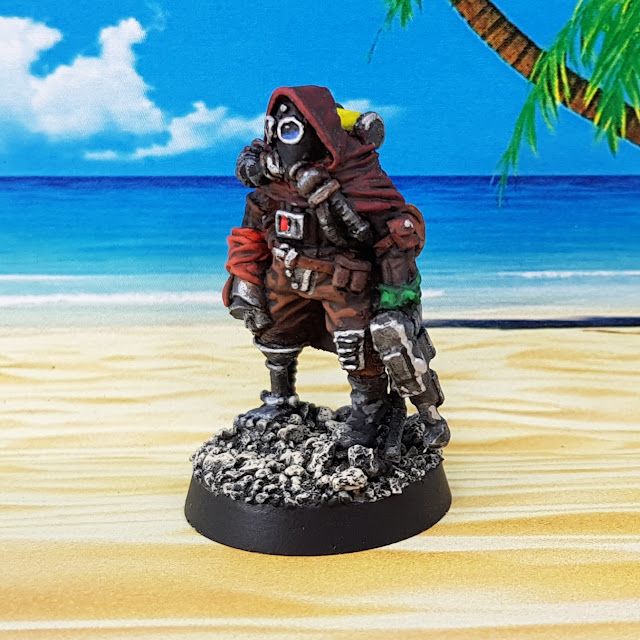 * My son was sitting with me while I typed this blog post up and he has just told me that he didn't actually come up with the name himself, it was written on the base. And here I was thinking that he'd come up with something original.....lazy bloody kid :P

So, that is all the BOYL minis completed. Now it's just time to pack and I'll be ready to rock.

Thanks for coming along for the ride over the past few months while I created all these toys. Hope you liked them and I look forward to catching up with my old pals in Nottingham in a few weeks time.