Well, I've returned home to my other home about a weeks ago & while I was there I spent a bit of time casting up fifteen of the Bullock jet cycles. It's been a while since my last blog post, so for those of you that have no idea what the hell I'm going on about, why not have a look at this, this, this and this so that you can fully appreciate my ramblings better. All done? Good! :)

So after I unpacked all the important stuff from my trip i.e. minis, casting stuff etcetera (bugger the clothes and other sundry items) I began working on assembling one of them. So, here is the first one off the rank, ready to be painted by yours truly. 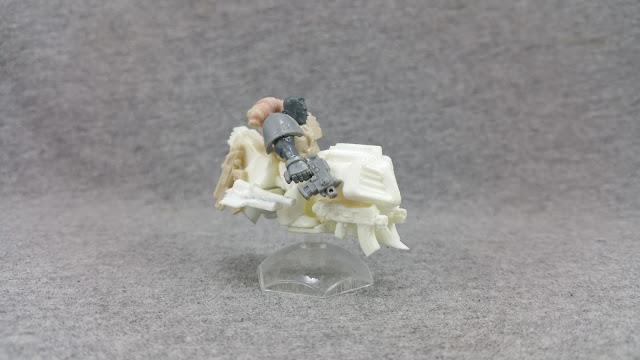 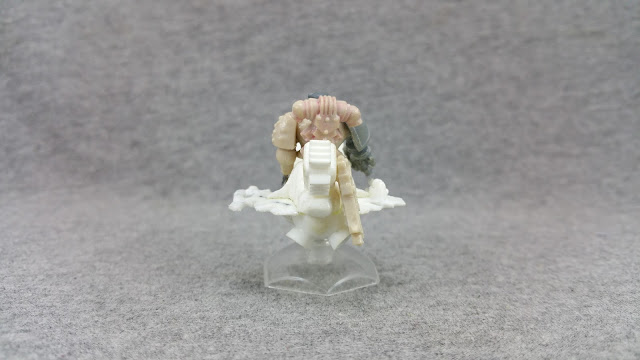 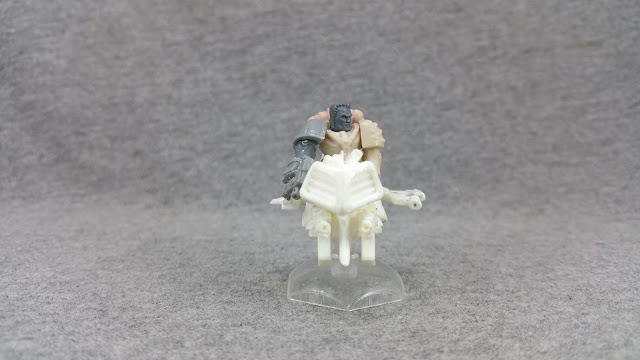 You may have noticed that there's a boltgun hanging off the back of the bike? In the Wolf Time campaign the riders are equipped with them, and seeing as I'm primarily making these for said game I've decided to stay as faithful to the mini descriptions as possible.

I've only gotta bang out another four of these guys for the game, so it shouldn't take too long. I haven't painted for so long now though that I'm feeling a little apprehensive about lifting a brush again. I've been in this situation before, and I know I'll be fine when I get back in the saddle, but it still feels a little strange none the less.

So, why did I make fifteen of them if I only needed five? Well, for two reasons really. The first was that I thought that if anyone was interested enough in my creation then I'd have a few spares that I could part with. And the second was that I didn't want to waste the left over resin, as I wouldn't have been able to bring it with me on the plane anyway. I'll be keeping hold of ten of them I think, five for the campaign & five for future projects. So I'll be selling off the other five.......if anyone wants them that is! :)

I'm thinking GBP 2.50 per completed bike sounds ok? But please keep in mind that I'm not a professional caster, and as such they will require some minor filling of pin holes. I'm just doing this for a bit of fun :) If your still interested then just let me know in the comments section. Depending on demand I think I'll limit one bike per sale on a first come first served basis. Once that's been taken care of I'll be completing the sale through the Oldhammer forum.