When I first picked up RT back in the day, there was so much to take in that I didn't really notice much detail. I was just in love with the artwork & background story. It was only until I got a little older that I actually started to "read" it.

The section allotted to models at the start of the book was quite slim, but it did have a few pics of Marines that had had their poses repositioned. It made my teenage brain go "Wow! How'd they do that?!"

It wasn't until the "Compendium" came out that there was more information forthcoming on the creator of these custom Marines. About half way through the book, there was a fifteen page "Eavy Metal" article which covered how to go about scratch building vehicles (including Mr Rick Priestley's infamous monocoque deodorant "Grav Attack Vehicle"), colour schemes for Rhinos, painting advice and -my personal favourite- a section devoted to customising your Marines. The perpetrator of this incredibly imaginative work was Mr Nick Bibby.


There were more close ups of his work in the article too! 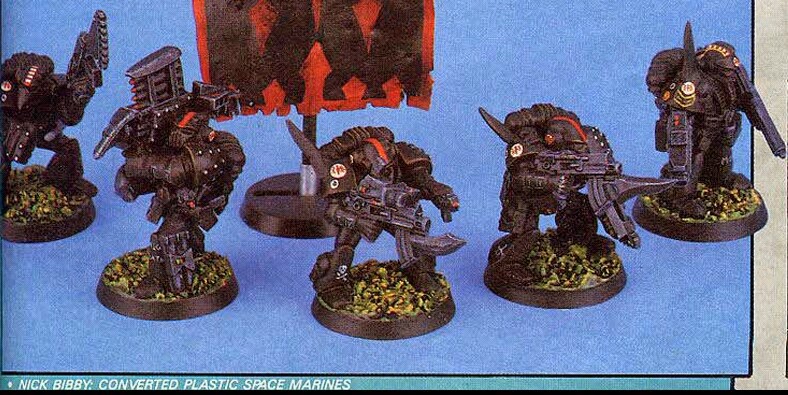 Now, where did this influence leave me? You may ask. Well, I thought I'd give his conversion techniques a go. It took me a good many years to actually get around to trying it, but by Jesus H Christ I didn't give up!

I really liked the unique poses he was able to achieve, as well as the shoulder spikes, but I thought I'd try a lesser used chapter -at least in my neck of the woods- by going with the Silver Skulls.

Here is my attempt at imitating the original dismemberer of RTB01 Space Marine's; 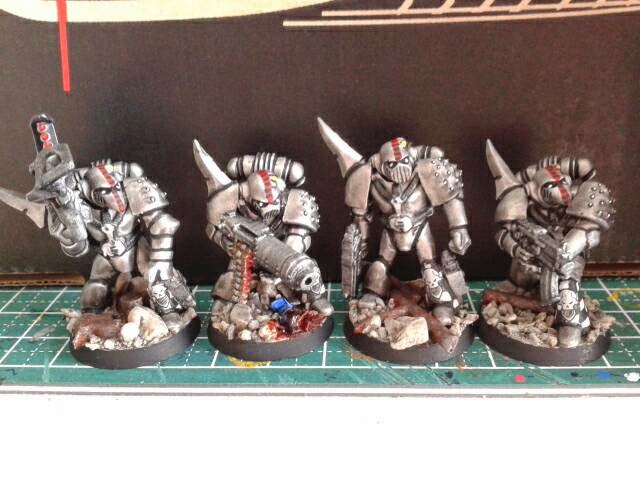 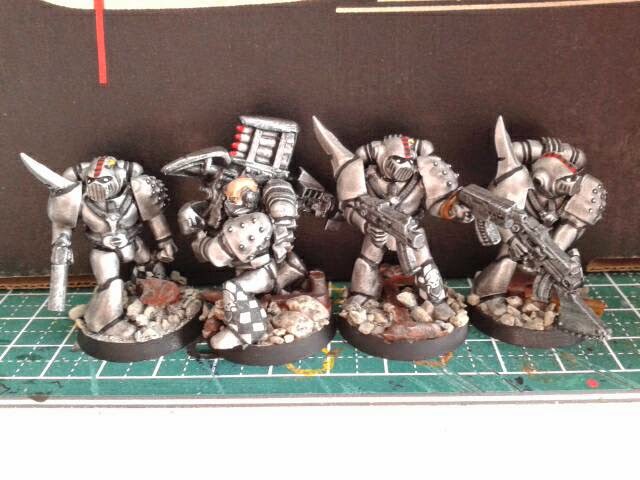 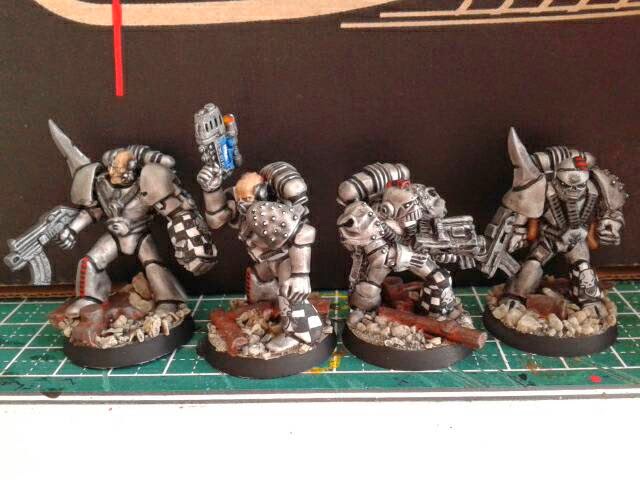 
I tried to find the original Silver Skulls transfers, but alas, GW never made them. So I settled on some Chaos Space Marine transfers as they were the closest. I also gave them "veteran stripes" as I thought considering these bad hombres had individualised postures that must indicate a "I've been around more than you standard type Marines" type of aura.

As I said in my original post, I like converting minis, and this was no exception. It stretched my abilities, but it was worth it. I thoroughly enjoyed it.


So until next time,