Wasn't planning on doing anything for Orktober this year, just happened to be the next project I pulled off from the shelf. Decided to change up the pose a little from the norm as well. Hopefully I've managed to make it look like he's ambling along towards the enemy more than like he's just tripped over. I'll leave that for you guys to decide ;) 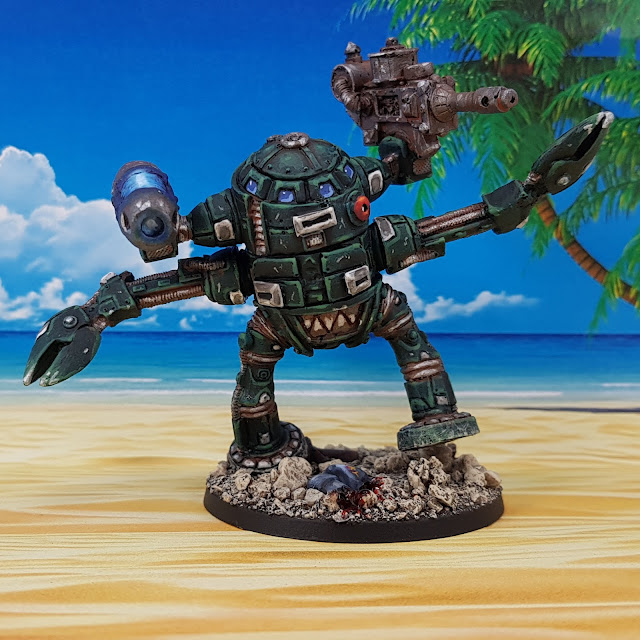 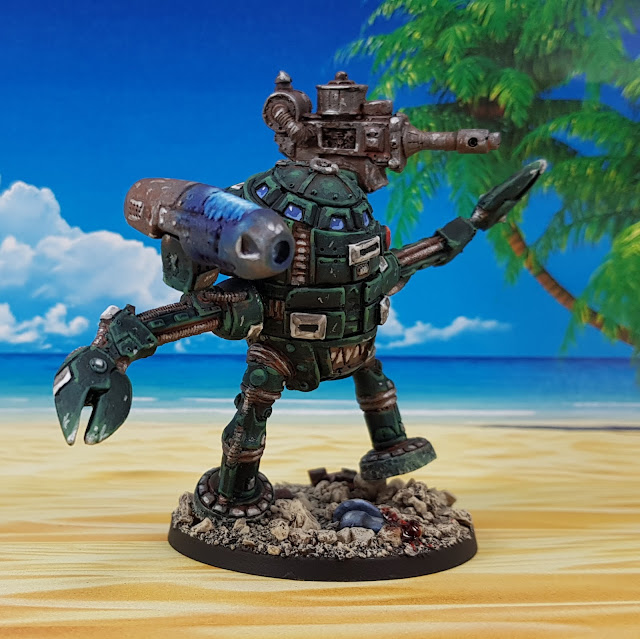 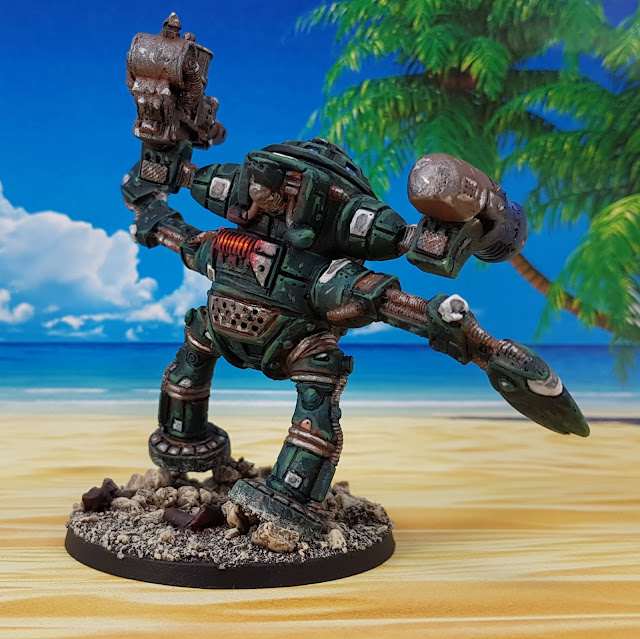 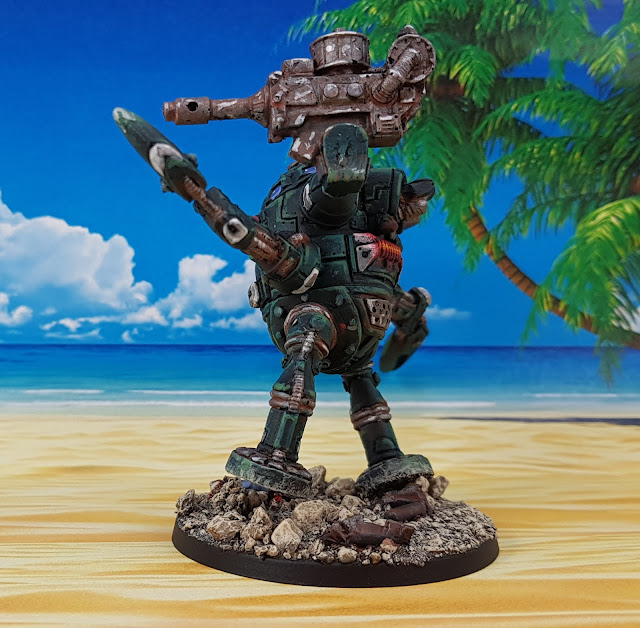 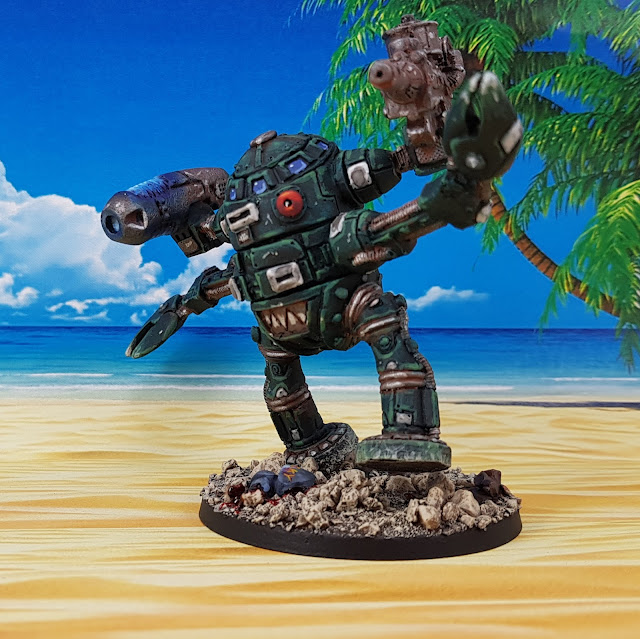 I left off the back banner too as I'm not much of a fan of them, they're more reminiscent of the red era, and red era IMHO = poo.

Also added an RTB-01 arm to the base and wrote "lucky" on his pauldron, just to rub insult to injury. I'm a believer in adding graffiti to as many RT projects as possible, I'll cram that shit on anywhere I can find a bit of empty space. To me it it's the simplest way to distinguishes my miniatures from the various other sci-fi settings that have populated the market over the years. That's my take on it anyway.....I'm happy in my delusion, leave me be. 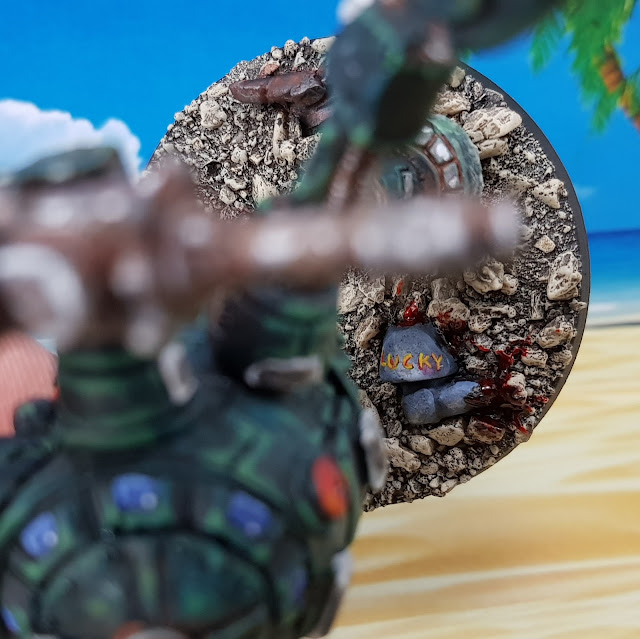 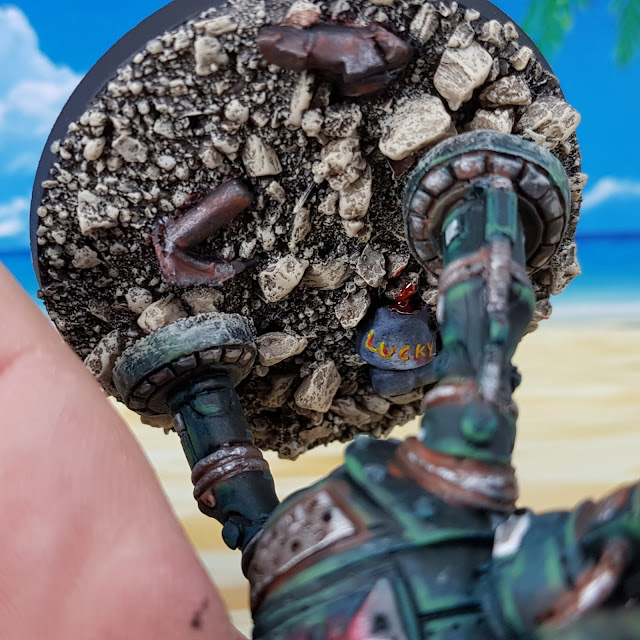 The colour scheme was a nod to a favourite illustration I saw as a kid. I think it was on the front cover of a WD IIRC.  Again, an RT aesthetic, there were no set colour schemes for Orks back then. 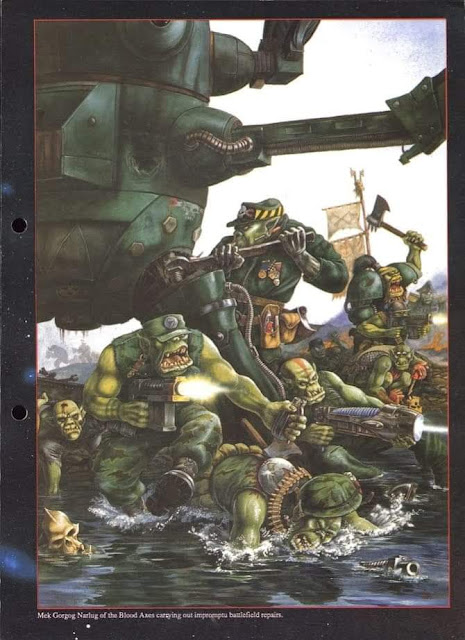 So there you go, another project completed, and by complete accident I've managed to make it in time for Orktober :D