First up is a photo dump, then after that will flow some verbal diarrhoea from the creator. 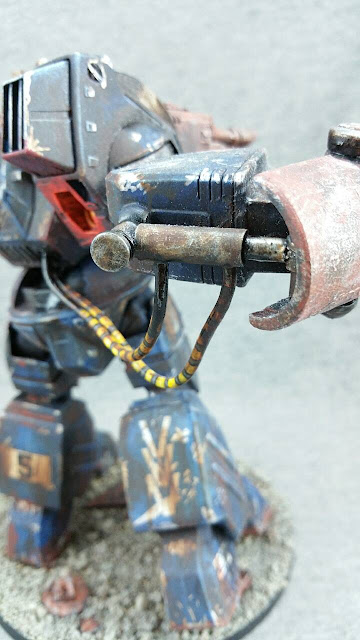 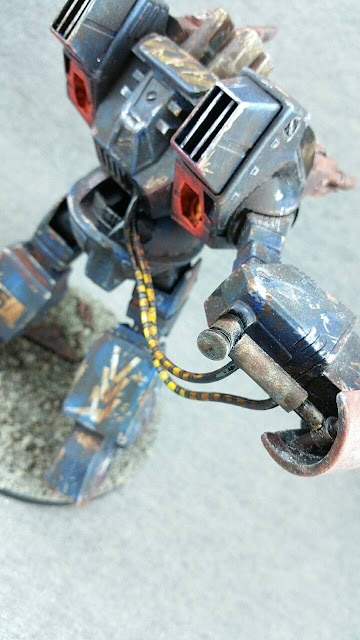 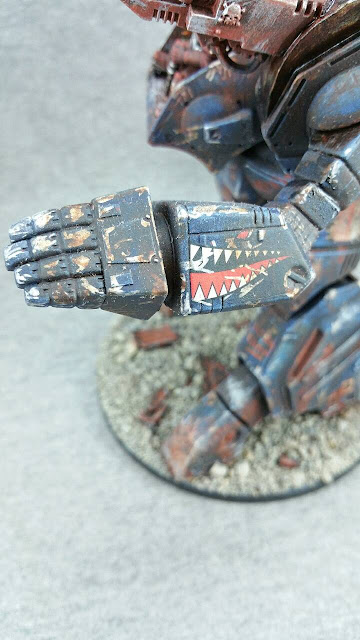 Ok, so it's done. Another kitbashed Rogue Trader beast for the display cabinet. I'm kinda happy with the weathering...went a bit overboard I think. I used this weathering exercise as a practice run for my Hovertank. So I can get back into the swing of things before I tackle the big jalopy.

Why a name plate? Well, widening the body made this area quite bland, it was just a blank space. I thought about putting some spotlights there, but they wouldn't last too long in that location if concrete was raining down onto them now would they? So I decided upon a good old fashioned name plate, the ones they used to put on old boilers and cranes.

The name was the easy part, twas a challenge put forward (mostly in jest) to me by my Blogging buddy  Asslessman. You can read the challenge if you want to in the comments section of the blog post  here. I just couldn't think of a better name for a robot that has a big lumpy fist used for smashing concrete fortifications in with. So thanks for the idea JB :)

Gaming wise, I don't have any siege games lined up atm, but I may think of something to use him in soon?

I've got some scatter terrain & wooded areas that I've been working on while building this guy up, so expect to see them in the coming months.